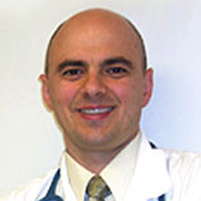 Margaret Chustecka, MD, MBA
Before starting Internal Medicine of Greater New Haven in 2003, Dr. Chustecka served as attending physician in the Department of Internal Medicine at Yale New Haven Hospital. She is an Assistant Clinical Professor at Yale School of Medicine. A board certified internist, Dr. Chustecka, studied medicine in Poland and received her MD from the Medical School of Warsaw, Warsaw, Poland. She received her MBA from Yale School of Management. In 2011, Dr. Chustecka began Aid for Orphan Relief, a non-profit organization designated to help provide orphaned children and the facilities that care for them, with proper nutrition, medical wellness services and treatments that would otherwise be unavailable to them. Read More 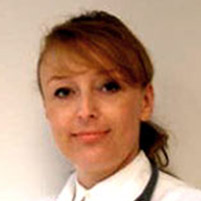 Sujata Prasad, MD
Dr. Sujata Prasad is a fellow of the American College of Physicians and has been in practice for 25 years practicing Internal Medicine and Primary Care. She joined IMGNH in 2017. Dr. Prasad dedicates a significant amount of her time to charity and is a clinical instructor at the Yale Primary Care program. Her interests include preventative medicine, primary care, travel medicine and mindfulness. She is fluent in English, Hindi, and Italian.

Dr. Edward Prior
A concerned internist, Dr. Edward Prior serves the communities of Hamden and West Haven, CT, where he is a part of the Internal Medicine of Greater New Haven. Patients visit him for a myriad of medical concerns. Dr. Prior completed his medical at the Albert Einstein College of Medicine of Yeshiva University, followed by an internship and residency in internal medicine at Kings County Hospital Center. He further completed fellowships in hematology and oncology at Saint Luke's-Roosevelt Hospital Center and Cedars-Sinai Medical Center. He is also certified by the American Board of Internal Medicine with a focus on medical oncology. Dr. Prior is committed to helping his patients enjoy a healthier lifestyle. He works with each one to discuss ways they can make better choices for their health. He conducts his appointments with the personalized care and attention that he would expect for his own family....read less 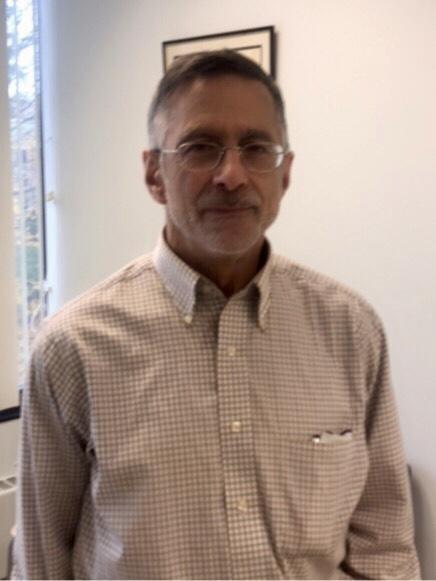 Dr. Donald McNicol, MD
Dr. Donald McNicol, MD is a Internal Medicine Specialist in Stratford and Milford, CT and has over 37 years of experience in the medical field. He graduated from New York Medical College medical school in 1984. He is affiliated with Yale New Haven Hospital. He is accepting new patients and has indicated that he accepts telehealth appointments. 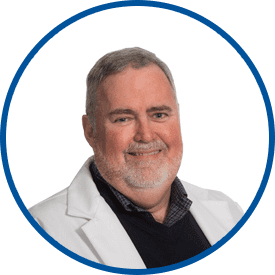 Franklin DeDominicis
Franklin DeDominicis is a graduate of Hofstra University and board certified as a Physician Assistant by the NCCPA. He earned his Bachelor’s of Science in Biology at Marist College, Poughkeepsie NY. He joined Internal Medicine of Greater New Haven in 2017. 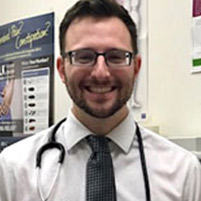 Michael Rubalsky, PA
Michael Rubalsky is a graduate of the Springfield College Physician Assistant Program, and is board certified as a Physician Assistant by the NCCPA. Michael is fluent in Russian and strives to provide care to patients in their native languages. He earned his Bachelor’s in health science at Springfield College, and joined Internal Medicine of Greater New Haven in 2020. 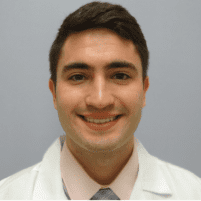 Jennifer Sullivan, PA
Jennifer Sullivan joined Internal Medicine of Greater New Haven in 2017. She is a graduate of Keiser University in Fort Lauderdale, FL where she obtained her Master of Science in Physician Assistant degree. She is a board certified Physician Assistant by the NCCPA. She received her Bachelor of Science degree from Springfield College. 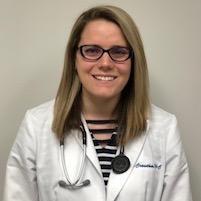 Tara Noonan
Tara Noonan joined Internal Medicine of Greater New Haven in 2019. She graduated from Quinnipiac University with her Doctorate degree in Nursing Practice. Tara is a board certified Family Nurse Practitioner by the American Academy of Nurse Practitioners. She received a bachelor of science in nursing degree from Quinnipiac University. She also received a bachelor degree in social work from Providence College. 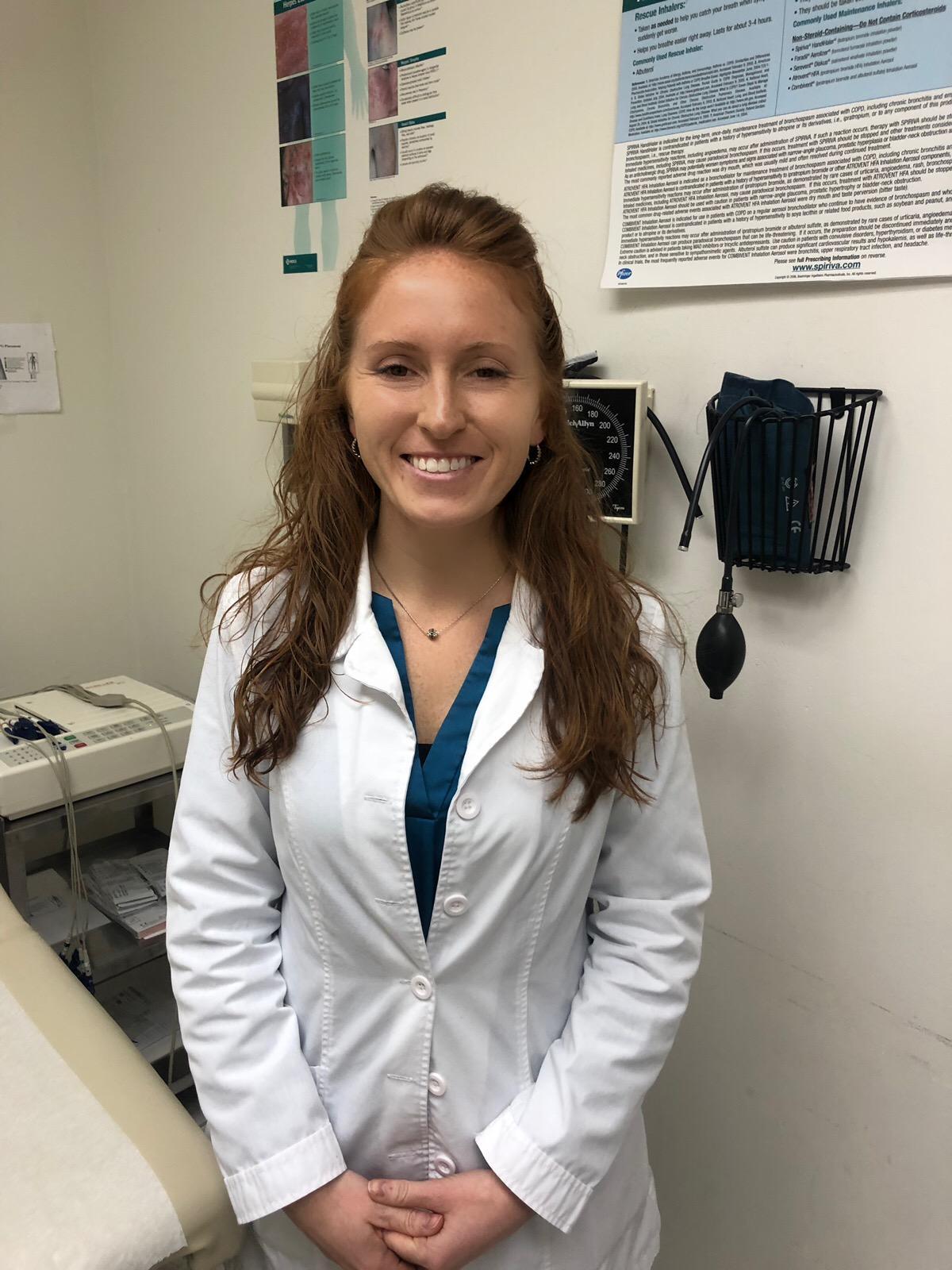 Dr.Steven Blander
Dr. Blander earned his MD at the University of Buffalo Medical Center in 1981, and completed his Internal Medicine residency at Stony Brook University in 1984. He was a research fellow for 2 years at Rockefeller University, and then completed his clinical fellowship in Infectious Diseases at UCLA, followed by 4 years of research and publications at UCLA. He was a faculty member at the University of Pittsburgh medical Center until 1997. Since 1997, he has practiced Internal Medicine in CT. Dr. Blander is board certified in Internal Medicine, and Infectious Diseases. 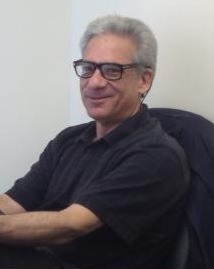 Edward Rippel, MD, FACP
Edward Rippel, MD, FACP, graduated from New York Medical College in Valhalla, NY. He was an Intern at Montefiore Hospital in the Bronx, and did his residency at Morristown Memorial Hospital, Morristown, NJ. After completing his training, Dr. Rippel was an Attending Physician with the United States Public Health Service, serving as a Commissioned Corps Officer at locations designated as areas of health manpower shortage from 1990 -1993. When his Commissioned Corps term ended, Dr. Rippel practiced as a Primary Care Internist in Hamden, CT’s largest Primary Care group from 1993 – 1999. When that practice was dissolved, Dr. Rippel established his own independent practice, Quinnipiac Internal Medicine, P.C. Considered by many as a beacon for other practices, Dr. Rippel has repeatedly received top tier national level honors including the highly coveted recognition as a Patient Centered Medical Home. Dr. Rippel was named Physician of the Year by Business New Haven Magazine in 2012 for being the first solo physician to receive this recognition. This also resulted in Dr. Rippel being a recipient of the Primary Care Leadership award from the Connecticut Center for Primary Care. Fluent in Spanish and conversant in Italian, Dr. Rippel also provides care to patients in their native languages. Dr. Rippel’s interests outside the practice of medicine include spending time with family and friends, and exploring other cultures through their foods and languages. Recognizing the importance of self-care, Dr. Rippel engages in a variety of physical fitness activities on a regular basis, as well as mindfulness techniques including meditation, Tai Chi, and Qigong. . 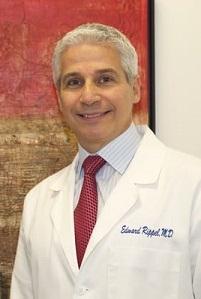 Morris Papernik MD, FACP
Morris Papernik MD, FACP, (a native New Yorker), graduated Rush Medical College in Chicago, IL. He completed his residency in Internal Medicine at Rush and is a Fellow of the American College of Physicians. He has distinguished himself as a national thought leader in Chronic Fatigue Syndrome, Fibromyalgia, Migraine Headaches, Diabetes, Hypertension and Hyperlipidemia. He has served on the Medical Presidential Advisory Committee to Presidents Bush and Obama within the Dept. of Health and Human Services in Washington, DC. Upon moving to Connecticut to be closer to family in 2008, he has brought his expertise to Connecticut and now to Internal Medicine of Greater New Haven. He is the recipient of numerous teaching awards as well as the Primary Care Leadership Award from the Connecticut Center for Primary Care. He has given numerous TV, radio and newspaper interviews nationally. He enjoys teaching medical and nurse practitioner students from Yale, UConn and Netter School of Medicine and spends his free time with family and enjoying photography 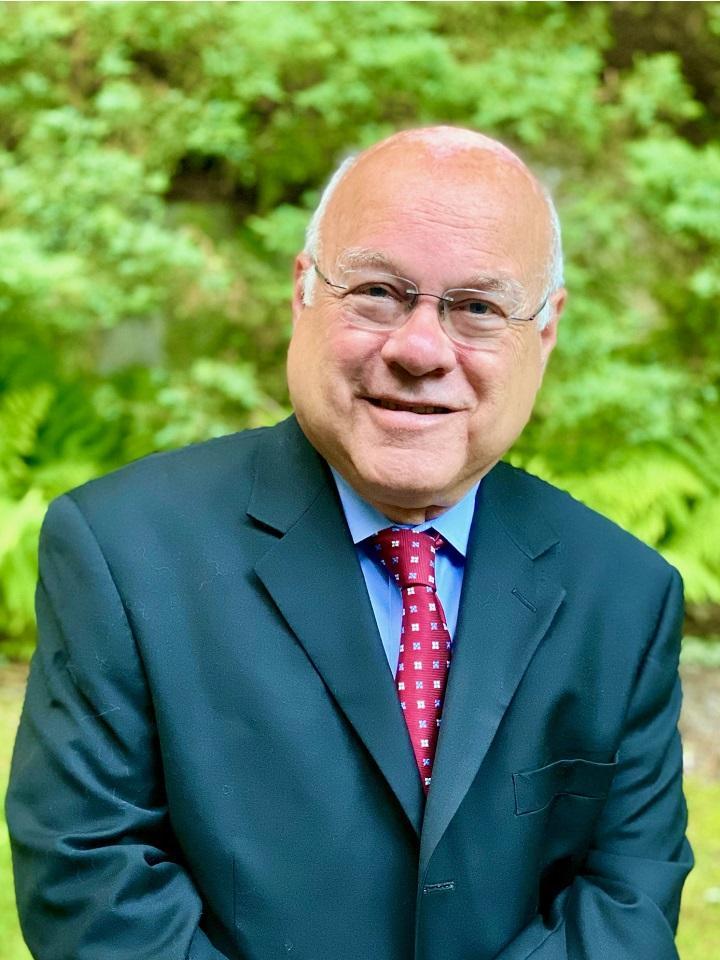 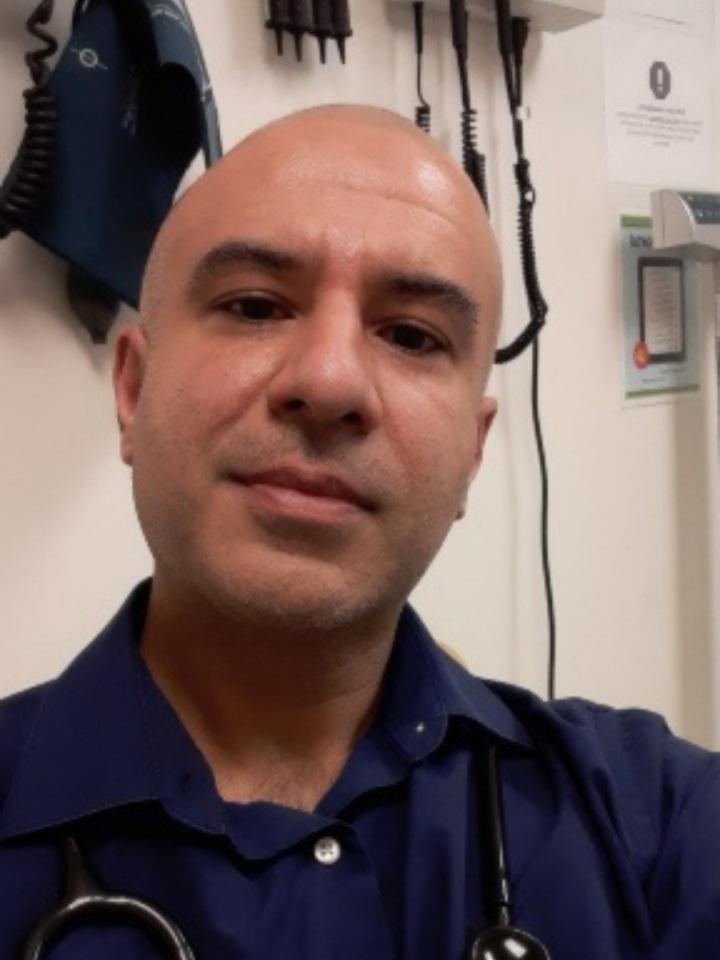 Christa Mann, NP
Christa Mann is a Family Nurse Practitioner, board certified by the American Academy of Nurse Practitioners. She came to us in 2020 from Quinnipiac Internal Medicine, the office of Dr. Edward Rippel, bringing over 15 years of clinical experience and knowledge. Christa received a Bachelor of Science in Nursing from Elmira College in 2006, a Masters of Management in 2008 from Keuka College, a Masters in Nursing Education in 2013 from Liberty University, and a Post-Graduate Certificate as a Family Nurse Practitioner in 2015 from Southern Connecticut State University. Her clinical background includes acute and intensive care, cardiothoracic surgery, heart failure, college health, women’s health, and internal medicine. Christa aims to provide meaningful care that meets the individual needs of her patients. Her clinical interests include detection and prevention of disease, management of chronic illness, addressing the needs of underserved populations, and mental health and wellbeing. Read More 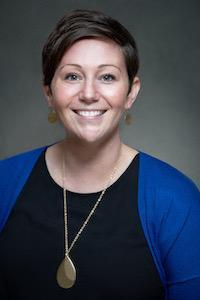 Sheryl Pawlik, PA-C
Sheryl Pawlik is a graduate of Massachusetts College of Pharmacy and Health Science Physician Associate Program and board certified as a Physician Assistant by the NCCPA. She earned her Bachelor of Allied Health Sciences at the University of Connecticut. She joined Internal Medicine of Greater New Haven in 2020. 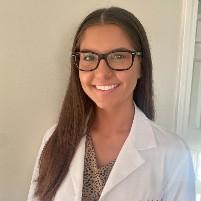 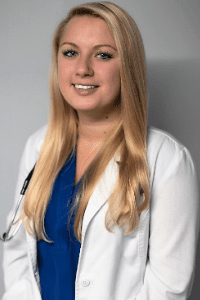 Gustavo D. Herrera-Brito FNP-BC
Gustavo received his Master of Science in Nursing from Purdue University and is a Family Nurse Practitioner board certified by ANCC. Gustavo is fluent in Spanish and is also able to converse with patients who speak Portuguese. Additionally, Gustavo worked as an instructor providing education for providers as well as other health care professionals regarding the principles of Patient Center Medical homes.
Gustavo considers that providing care to patients in their native language opens a myriad of opportunities to ensure their needs are met. 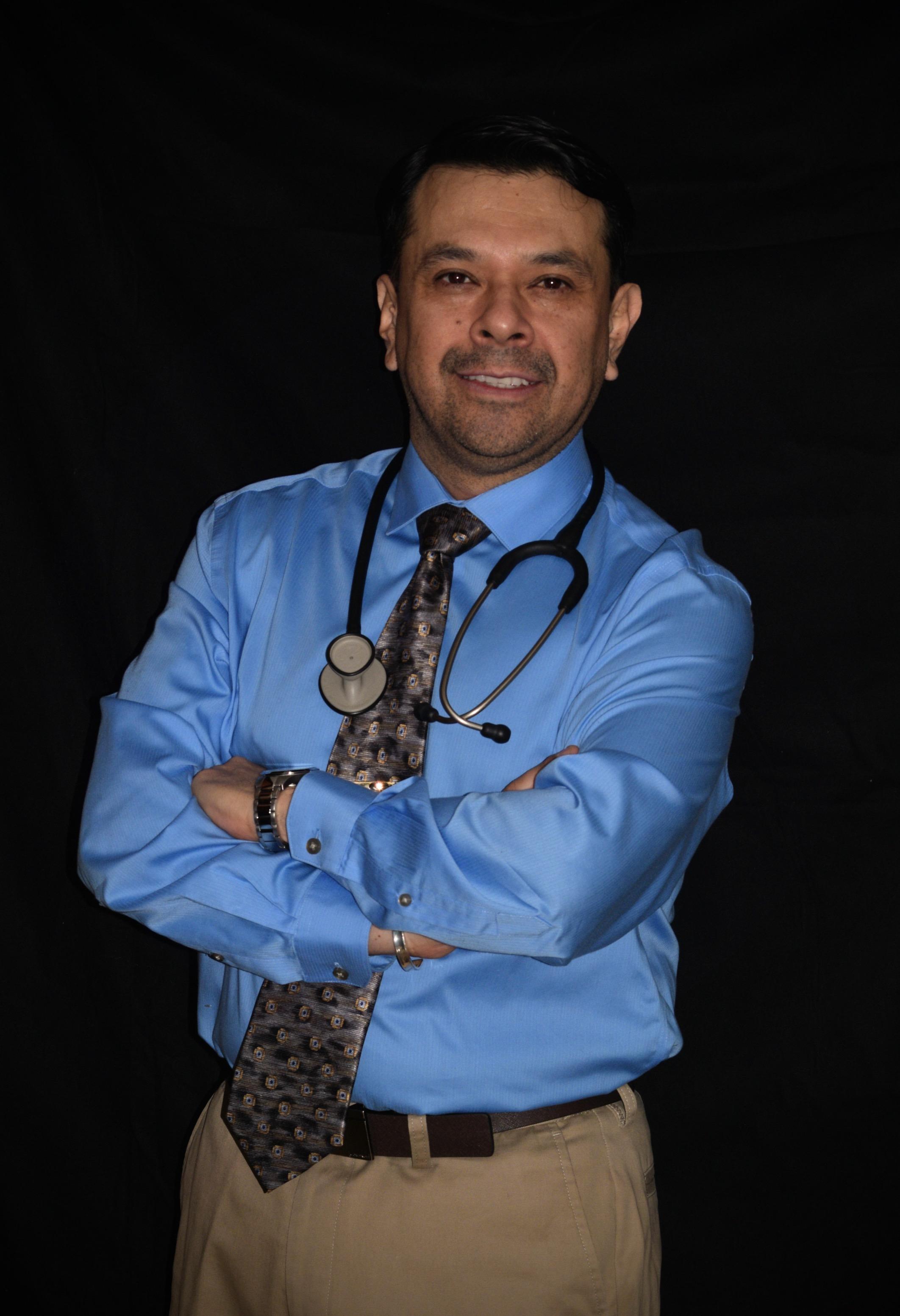 Leila Colson, MSN, APRN, FNP-BC
Leila Colson is board certified as a Family Nurse Practitioner through ANCC. She holds a Masters in Nursing from Quinnipiac University and a Bachelors of Nursing from Sacred Heart University. Prior to joining Internal Medicine of Greater New Haven, she worked as a registered nurse for 14 years in diverse settings including critical care, hemodialysis, and women's health. She utilizes integrative holistic principles and has a focus on preventative care. Leila is fluent in English and Arabic. 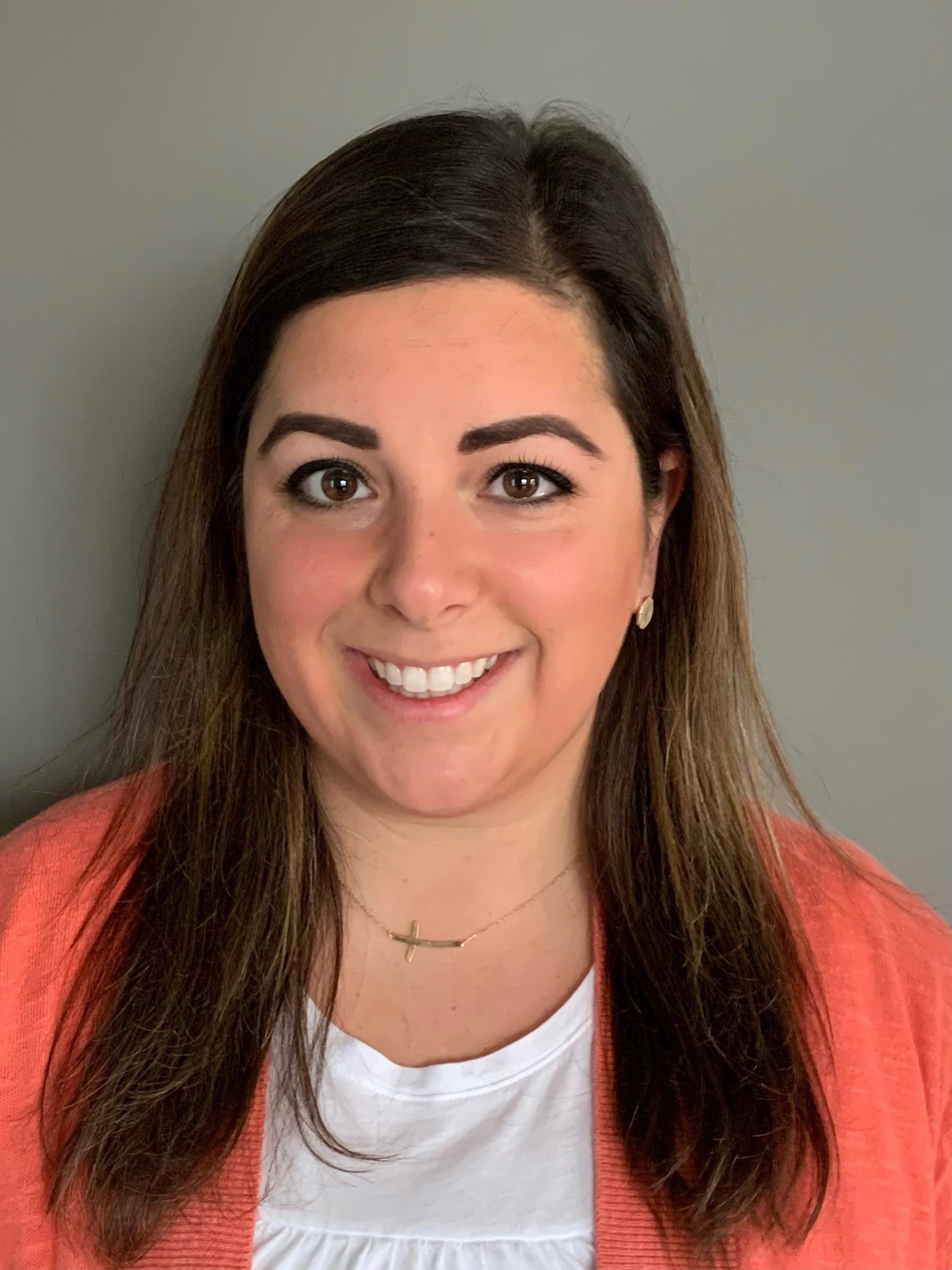 Carlee Clarino, MS, APRN, AGNP-C
Carlee is an Adult Nurse Practitioner, board certified by the American Academy of Nurse Practitioners. She joined IMGNH in 2021. She earned her Masters in Nursing from the University of Connecticut. Previously she earned a Bachelors in Nursing from the University of Connecticut and a Bachelors in Biology from Clark University. Carlee has experience as a RN on an adult medicine floor at Yale-New Haven Hospital and project management at a community health center in CT. 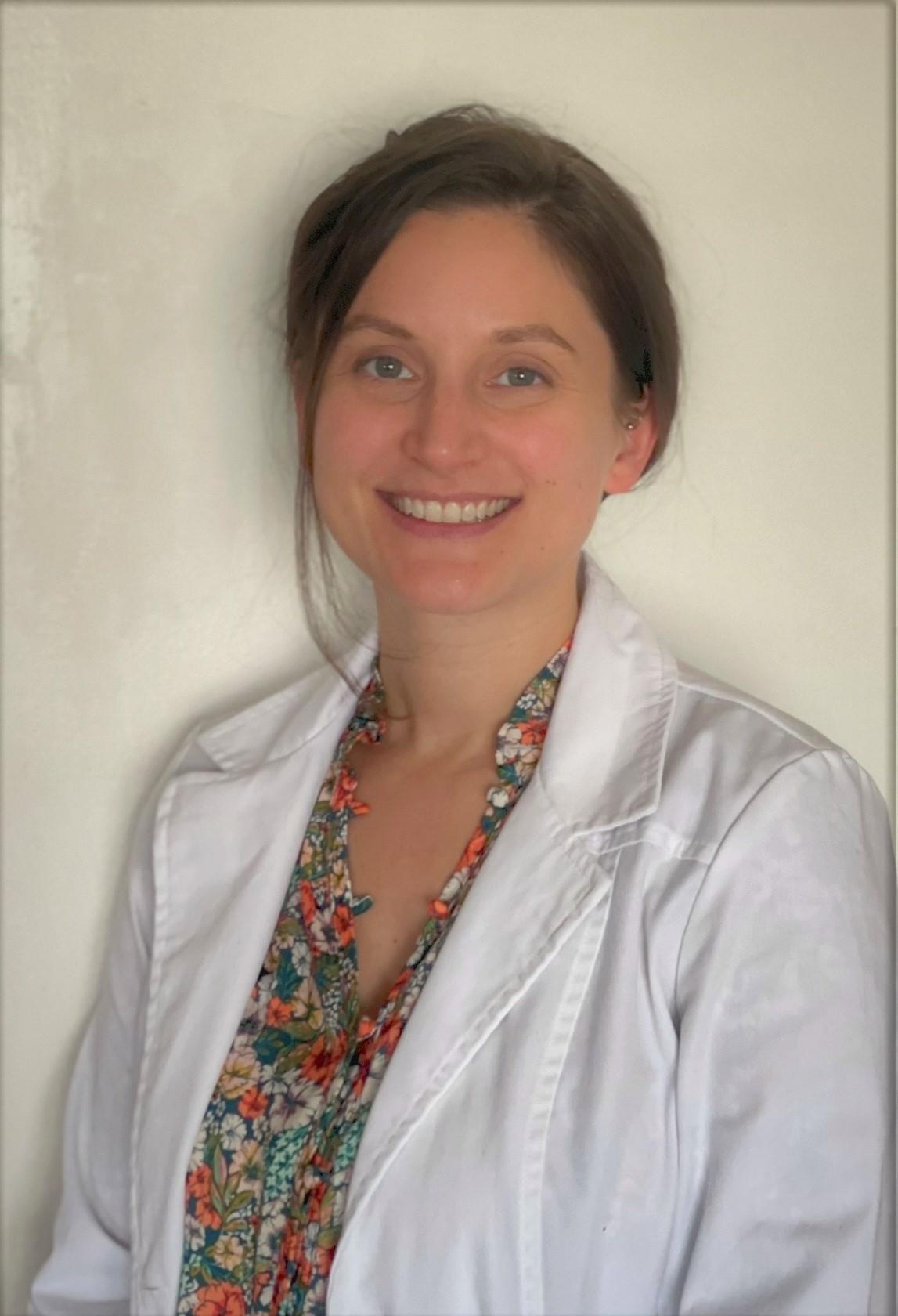 Angela Dee, NP
Angie joins IMGNH with 11 years of experience as an RN. Her nursing background is inclusive of emergency medicine, med-surg, and ambulatory care. She graduated from Quinnipiac University, earning an MSN, and is a board-certified Adult-Gerontology Primary Care Nurse Practitioner. Angie is passionate about the role preventative medicine serves in young adulthood, through advanced age. She believes diet, and exercise, are complimentary to upholding health. She seeks creative, patient centered ways to facilitate goals, and maximize wellness. She holds particular interest optimizing function, in chronic disease, and advanced age. Angie is impassioned in providing equitable care for all patients. 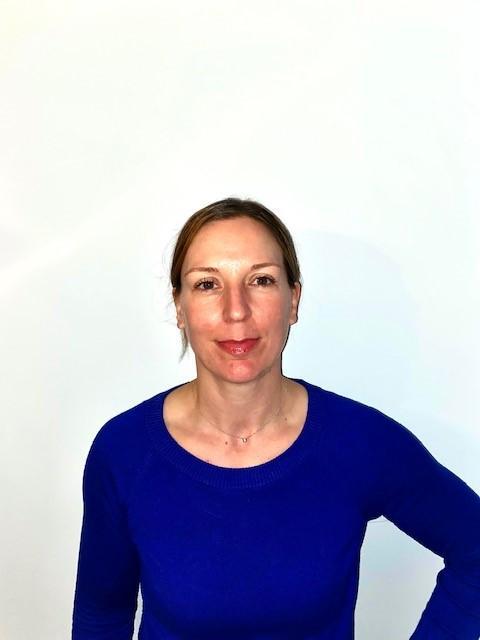 Abiola Grant, FNP
Abiola Grant graduated with her FNP from the University of Connecticut. She worked for seven years in acute care as an RN for Yale New Haven Health. In addition to working in acute care, she worked in long term, and other outpatient care settings. Abiola prides herself in going above and beyond to provide high quality care for her patients. 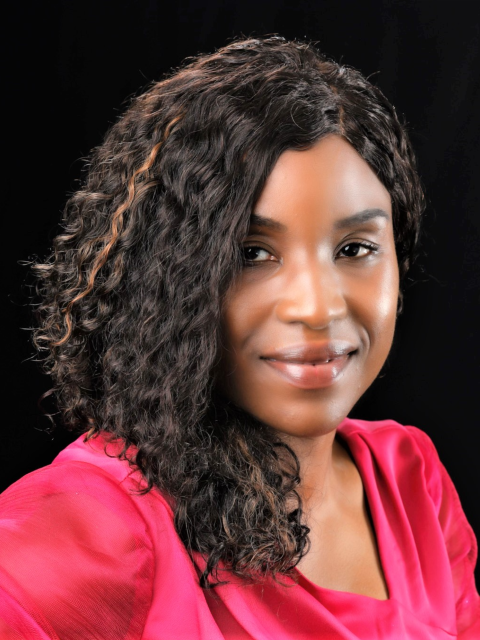 Ashley Shaver FNP
Ashley Shaver joined Internal Medicine of Greater New Haven in 2022. Ashley is a Board Certified Family Nurse Practitioner through American Academy of Nurse Practitioners. Ashley obtained her Masters in Nursing from Yale University. She previously earned a Bachelor of Science in Biology from Hobart and William Smith Colleges. She has experience working in cardiology, geriatric care and dermatology. Ashley is passionate in providing consistent, quality patient care. 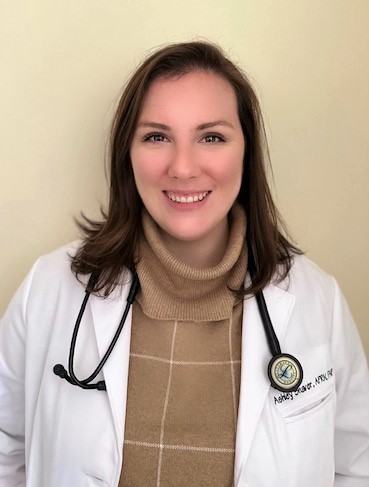